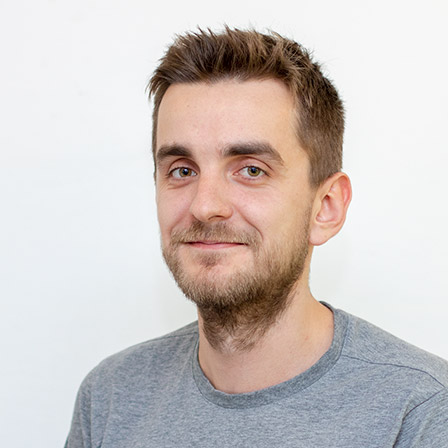 Josip is Backend Developer and his favorite day-to-day scenario is working on challenging tasks with emphasis on delivering good and clean code in the process. For a long time, Josip wanted to work as an English language translator and that was his top priority. He got a master's degree in English language and Philosophy and translated several books. He couldn't find a steady job, though. After years of trying, Josip decided a career change would be a good idea. For a year, he dedicated his time to learn the basics of programming and it turned out to be a success. His first language of choice was Java and later on, he switched to PHP. He says he's never been happier in his life now that he's working at Inchoo as a Backend Developer.

Josip's love for books has never faltered, and in his spare time, he still translates them. At his old job, he polished his article writing skills so we're looking forward to seeing articles with Josip's signature on our blog.

Punk will always be in his heart and in his free time he plays guitar and ukulele. Josip is passionate about cooking and loves experimenting in the kitchen. His specialty is lasagna. He has an intense fear of heights and it is one of the reasons why he has begun rock climbing two and a half years ago. He turned his fear into a passion and plans on enrolling in a skydiving course soon to completely overcome it.

First of all, what is declarative schema in Magento 2? It is a new way of working with database without developers having to write various scripts for each new module version. It was introduced in 2018 with Magento 2.3 and it’s one of the major changes. In this article you will learn how to use declarative schema and apply data patches. END_OF_DOCUMENT_TOKEN_TO_BE_REPLACED

View all
Tell us about your project